Overview of cancer of the cervix

After the diagnosis of cervical cancer is confirmed by histological examination, the patient will usually be referred to a gynaecological oncologist, who can further evaluate the patient to assess the stage of disease and decide on definitive management. 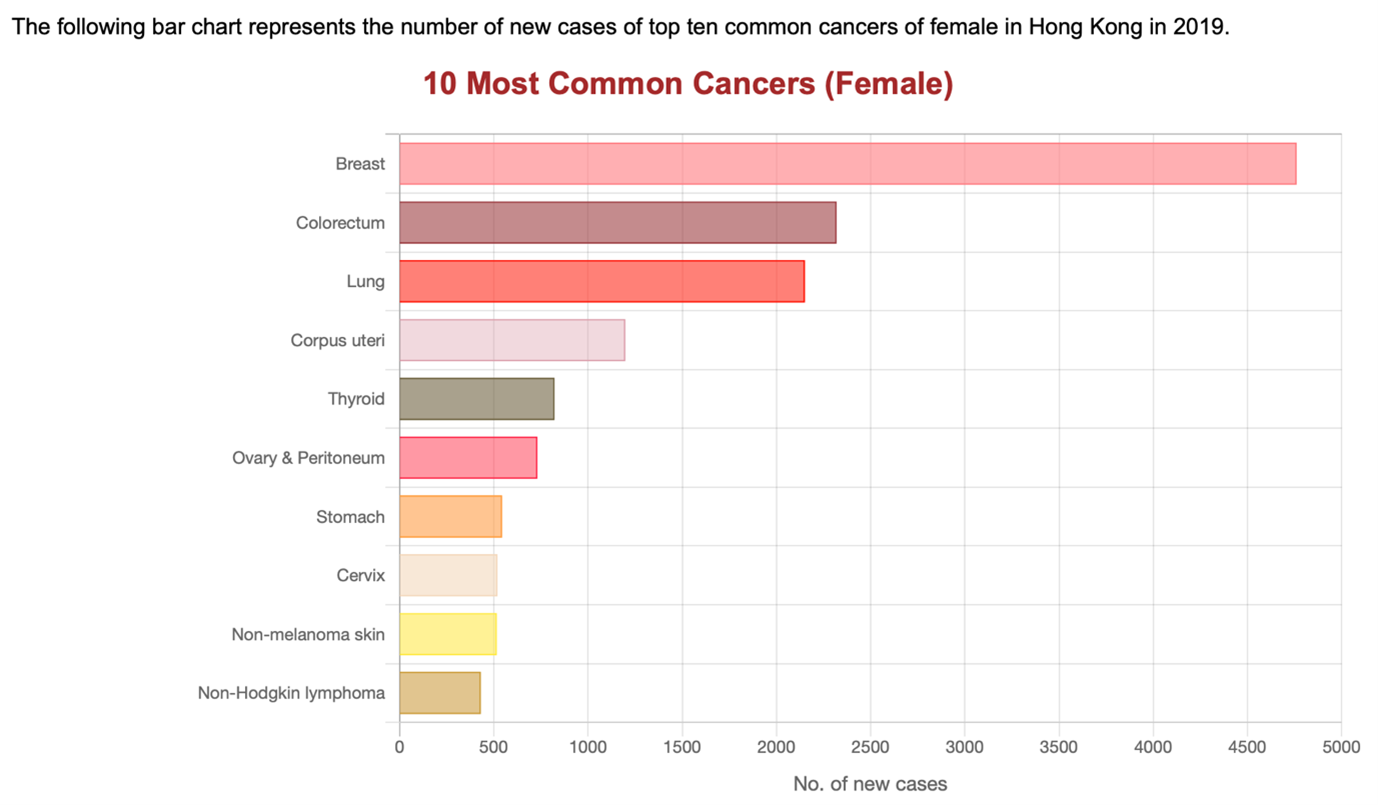 Leveraging expertise from a multi-disciplinary team of oncologists

The Gynaecological Oncology Tumour Board meets regularly to consider the latest evidence-based treatment for patients with gynaecological cancers, to see which of these treatments and procedures can be safely and effectively applied to patients with gynaecological cancers at GHK. The speed of advance in cancer care is such that the team needs to be up to date with the latest research, and the full arsenal of available surgery, radiotherapy, chemotherapy, targeted therapy and other proven treatments can be considered for patients at GHK.

Since the advent of the Gynaecological Oncology Tumour Board, other surgical disciplines at GHK have also started regular tumour board meeting for their respective specialties at GHK as the benefits and advantages of a multi-disciplinary team approach for the management of complex cancer cases are seen.

The gynaecological oncologist upon seeing the patient for the first time will take a thorough history and perform a physical examination including a gynaecological examination. The histology report and MRI report (if available) will be reviewed. If an MRI is not available, an MRI of the abdomen and pelvis will be arranged.

These are the questions that need to be answered after the consultation with the gynaecological oncologist:

Based on this assessment, the treatment options will be discussed depending on the stage of the cancer and other factors. For early stage cancer of the cervix, surgery is often the main treatment. The types of surgery that may be used include cone biopsy, trachelectomy or hysterectomy (simple, modified radical or radical).

In addition to removal of the uterus, cervix, tubes and ovaries (ovaries may be preserved in women who have not entered menopause), a staging procedure involving removal of pelvic lymph nodes will be done to look for lymphatic spread of disease which will affect the final staging as well as the necessity for adjuvant treatment such as radiotherapy.

One of the commonly used surgical treatment for early stage cancer of the cervix is a radical abdominal hysterectomy, bilateral salpingo-ophorectomy and bilateral pelvic lymphadenectomy (ovaries may be preserved in women who have not entered menopause). Laparotomy (open abdominal surgery) rather than Laparoscopy (minimally invasive surgery) is now the preferred approach of surgery for early stage cancer of the cervix, with an improved survival outcome1,2.

Committed to offering the most appropriate and innovative care

The extent of surgery, and the approach to surgery is in a constant state of evolution as gynaecological oncologists strive to achieve the best results for their patients with minimal trauma. In partnership with The University of Hong Kong (HKU) and other leading institutions, GHK is also actively involved in research on new techniques and instruments which minimise trauma for patients without impacting on survival. The safety of patients is our first priority in all these ongoing research and improvement.

There is no single treatment that is best for all patients. There may be more than one treatment options and your treatment plan may change due to new information. In some patients with stage I cancer of the cervix, surgery may not be the most appropriate treatment and other treatment options such as radiotherapy (with or without chemotherapy), chemotherapy, targeted therapy or immunotherapy may be suggested.

The results after staging surgery are a guide to whether a patient will require any adjuvant treatment to further decrease the chance of recurrence. Any additional treatment has potential side-effects. It is necessary to decide which patients will benefit from additional treatment or which patients need observation only without additional treatment. There are several guidelines and these guidelines will also change as new information become available in the future. For now in GHK, the NCCN (2022) guideline1 and the GOG score3,4 are used. Based on this and individual patient factors, the gynaecological oncologist will decide which additional treatment, if any, will benefit the patient. In this regard, the Gynaecological Oncology Tumour Board, with the combined experience and input of its multi-disciplinary members, will also come to a consensus opinion based on a discussion of the individual patient factors and histology.

Cancer of the cervix is the third commonest gynaecological malignancy. Fortunately, patients who are diagnosed at an early stage has a high cure rate. It is the responsibility of the gynaecological oncologist to choose the most appropriate surgery for the patient based on pre-operative risk factors. After the surgery and based on the post-operative findings and histology, the gynaecological oncologist chooses the most appropriate post-surgery options, which, depending on the postoperative risk stratification may range from observation only, vaginal brachytherapy to external beam radiotherapy with or without chemotherapy.

At GHK, we are committed to the latest evidenced-based management. However, we recognise that every woman is an individual, and we seek to apply those guidelines to individual women based on their unique circumstances. In this quest, the gynaecological oncologist benefits from the combined expertise and experience of the multi-disciplinary Gynaecological Oncology Tumour Board to help in decision making.

At GHK, we are actively involved in cutting edge research in collaboration with HKU and other leading international institutions utilising IDEAL guidelines (https://www.ideal-collaboration.net) to research the latest robotic endoscopes and instrumentations5. We seek to obtain the best and most cost-effective instruments available for appropriate minimally invasive surgery for our patients without compromising their safety and survival, taking into consideration the financial implications of these new technologies. In addition to benefits for patients, at GHK we are also seeking surgical technologies that improve ergonomics and the operative environment for our gynaecological surgeons to enable them to perform at their optimal best for patients without compromising their own health and safety.

It is this commitment to our patients that prompts us to continue to investigate newer techniques such as sentinel lymph node mapping in place of complete lymphadenectomy in at risk patients.

At GHK, our multidisciplinary team in Gynaecological Oncology are committed to offering the best evidence-based treatment for our women with cancer of the cervix. Our priority is to ensure that our patients receive the safest and most cost-effective care. Working together and taking full advantage of the combined experiences of our multidisciplinary team members, we are committed to providing the most appropriate and innovative care for our patients.

A case study at Gleneagles

Mrs. Chan, a 60-year-old mother of two, was referred to the gynaecology clinic for an abnormal Pap smear. She had regular gynaecological check-up at the Well Women Clinic for many years, and the Pap smears had been normal previously. She last had a normal gynaecological check-up 2 years ago. She had her menopause 10 years ago at 50 years old. She was otherwise healthy and had no complains. She was not on any regular medication.

Her Pap smear taken one week ago at the Well Women Clinic showed high-grade squamous intraepithelial lesion. She also had a pelvic ultrasound examination which showed a normal sized uterus and both ovaries were normal. She was seen by the gynaecologist who proceeded to a gynaecological examination and colposcopy examination. During colposcopy, a 1.5 cm papillary lesion was seen at her cervix. Her gynaecologist proceeded to do a cervical biopsy in the office and sent it for histology.

Three days later she returned to see her gynaecologist who explained that the cervical biopsy showed that she had squamous cell carcinoma. She was then referred to a Gynaecological Oncologist for further management.

Mrs. Chan was seen by a gynaecological oncologist. Her histological report was reviewed. A provisional diagnosis of clinical Stage Ib1 squamous cell carcinoma of the cervix was made. She was booked to have an outpatient MRI abdomen and pelvis for pre-operative staging.

Mrs. Chan was seen with the results of the MRI which showed a 1.8 x 1.4 cm cervical tumour. There was no evidence of spread of tumour outside the cervix. She was recommended to have a Radical Abdominal Hysterectomy, Bilateral Salpingo-Oophorectomy and Bilateral Pelvic Lymphadenectomy (removal of her uterus, cervix, upper vagina, fallopian tubes, ovaries and lymph nodes in the pelvis using vertical or horizontal incision in the lower abdomen). The surgical procedure and risks were explained to her and a consent for surgery was taken. A fee advisory was also obtained for her with an estimation of the total hospital costs of the surgery in GHK.

Mrs. Chan was admitted to GHK at 8 pm the evening before her surgery which was scheduled for 8 am the next morning. Pre-operative blood tests, chest x-ray and ECG were done. The nurses then prepared her for surgery. She was asked to fast from solid food after 12 midnight. However, she could continue to have clear fluids until 6 am, two hours before her surgery. Any further questions she had regarding the surgery were answered by the medical staff. Her anaesthetist also saw her before the surgery to explain about the general anaesthesia and post-surgery pain control and risks as well as to obtain a consent for anaesthesia.

The next morning, she had a radical abdominal hysterectomy, bilateral salpingo-ophorectomy and bilateral pelvic lymphadenectomy which was done successfully with minimal blood loss. She made an uneventful post-surgery recovery and was taking food orally the same evening of the surgery. She was discharged from hospital once she was fully mobile, eating normally, passing urine well and was mentally prepared to go home. She was given an appointment to see her gynaecological oncologist in one week’s time to check her wound as well as to review the final histology reports.

The histology of Mrs. Chan showed a Stage Ib1 Squamous Cell Carcinoma of the Cervix. The surgical margins and parametrium were clear. There was no lymphovascular space invasion of tumour cells. There was no metastasis to the pelvic lymph nodes. Therefore, according to the NCCN (2022) guideline1, she does not require any adjuvant treatment. Her case was also discussed at the monthly Gynaecological Oncology Tumour Board, and the consensus opinion was for observation.

Mrs. Chan was seen one week after the surgery. Her abdominal wounds were well healed. She was then seen again one month after the surgery and her vaginal wound was well-healed. Her histology results were discussed with her and she was advised for long-term follow-up to monitor for recurrence. She will be seen once every 3 months for the first two years after completion of treatment, then once every 6 months from the third to the fifth year and then yearly thereafter. At each visit, she will have a gynaecological examination and a vault smear.

Back to top
Keyword Search

We use cookies to personalise content and ads, to provide social media features and to analyse our traffic. We also share information about your use of our site with our social media, advertising and analytics partners who may combine it with other information that you’ve provided to them or that they’ve collected from your use of their services.

Cookies are small text files that can be used by websites to make a user's experience more efficient. The law states that we can store cookies on your device if they are strictly necessary for the operation of this site. For all other types of cookies we need your permission.
This site uses different types of cookies. Some cookies are placed by third party services that appear on our pages. You can at any time change or withdraw your consent from the Cookie Declaration on our website. Learn more about who we are, how you can contact us and how we process personal data in our Privacy Policy. Please state your consent ID and date when you contact us regarding your consent.